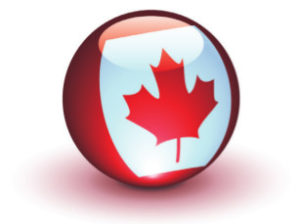 Washington, D.C. — U.S. Senators Marco Rubio (R-FL) and Rick Scott (R-FL) introduced the Canadian Snowbirds Act (S. 2507), legislation that would allow some Canadian citizens to spend up to eight months a year vacationing in the United States, two months longer than they are allowed to stay now. According to the Canadian Embassy, Canadians who visit Florida contribute more than $6.5 billion each year to the state’s economy.

“Tourism is a crucial part of Florida’s booming economy, creating and supporting thousands of jobs all across the Sunshine State,” Rubio said. “This bill will be a huge boost to our state’s economy by allowing the millions of Canadian snowbirds who visit Florida each year to stay two months longer.”

“We worked incredibly hard to turn Florida’s economy around, and our tourism industry played a big role,” Scott said. “Last year, Florida welcomed a record 126 million visitors, including 3.5 million visitors from Canada. When we welcome visitors to our state, our communities thrive, businesses grow, and job opportunities are created for Florida families. I’m proud to join Senator Rubio in sponsoring the Canadian Snowbirds Act to allow our Northern neighbors to enjoy two more months of Florida’s incredible weather and allow our tourism industry to continue to thrive.”

Background:
If passed into law, the bill would allow Canadian citizens over the age of 50 who either own or rent a residence in the U.S. to remain in the country for up to 240 days each year. The bill expressly prohibits such visitors from working for American employers or seeking public assistance while in the U.S.

Under current laws, Canadians are permitted to remain in the United States for up to six months each year. Canadian citizens who stay in the United States for more than six months in a given year are considered U.S. residents for tax purposes, and under current law, are required to pay U.S. federal income taxes on any and all income they earn that year – regardless of what country it’s earned in.

According to VISIT Florida, approximately 3.5 million Canadians visited Florida in 2018 alone. The legislation is endorsed by VISIT Florida and the Canadian Snowbird Association.