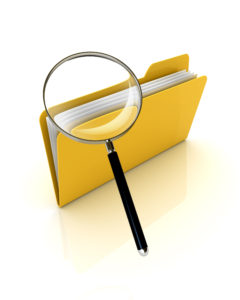 Canadian residents who winter in the U.S. are technically subject to U.S. income tax if they exceed a specific number of days (based on a calculation on the form 8840) in the U.S. in any one year.

The form, in essence, acknowledges that you met or exceeded the “substantial presence test” BUT are not going to be filing a U.S. income tax return due to the fact that you maintain “a closer connection” to a foreign country, such as Canada, where you will be paying annual income tax.

You will be considered to have a “closer connection” with a country other than the U.S. based on the location of:

Canadians should pro-actively complete and file a new 8840 form each year with the U.S. Internal Revenue Service. This is a positive acknowledgment that you are entering the U.S. each year as a “temporary visitor for pleasure” and are complying with U.S. tax laws. A photocopy of each year’s completed form should also be carried, when crossing the border into the U.S. the following year, to indicate that you are entering the U.S. as a temporary visitor from Canada.

If you have a bank account with a financial institution in the U.S. that earns interest on deposits, then you should complete IRS form W-8BEN (Certificate of Foreign Status) with your U.S. financial institution to avoid possibly having 30% of any interest earned on your deposits withheld and sent to the IRS.

As Canadian residents are aware, bank interest earned on their accounts(regardless how small) is considered a form of taxable income when completing each year’s Canadian income tax return with the Canada Revenue Agency (CRA) -formerly known as Revenue Canada.

In the U.S., a similar situation exists for U.S. banks and credit unions paying interest earned on the accounts of Canadians (foreigners).

IRS form W-8BEN is a withholding tax exemption form that the bank or credit union must keep on file to explain to the U.S. Internal Revenue Service why they did not hold back any bank interest paid to you or conversely did not issue you the U.S. equivalent of a Canadian T5 income tax slip.

Unlike the 8840 form that is sent directly to the IRS each year, the W-8BEN form is kept on file by the financial institution for IRS audit purposes and is valid for up to three years.