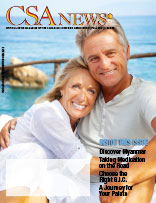 Taking Medication on the Road

A Journey for Your Palate

I like to think that I am on top of things. I read voraciously, I watch several news shows and Internet channels every day and I even subscribe to in-depth alert services that advise on international matters. Also, three of the big banks send me their analyses of currency fluctuations and economic data predictions; various stockbrokers are always trying to convince me to invest in their latest “sure thing” with volumes of unending support data. Several magazines also send me advance copies of their latest edition. The information available in today’s world is overwhelming!

So how did I miss it?

This year, 2013, is the 500th anniversary of the founding of Florida. The honour of being the first European to visit Florida is generally attributed to Juan Ponce de Leon who named the new land La Florida, as he arrived in April of 1513 as an emissary of King Ferdinand of Spain. April is the celebration month of Easter and it is known as the Festival of Flowers in Spain. Its Spanish name is “Pascua Florida”…so now we know.

It is a little uncertain as to exactly where Ponce de Leon initially landed; St. Augustine, Melbourne and Ponce de Leon Inlet all claim that honour. Attracting tourists (or colonists) was important even in those early days. The last written navigational account would seem to place his landing close to Ponde Verda Beach, north of St. Augustine. De Leon explored many parts of Florida as far south as the Keys, which he named Los Martires (the Martyrs) as they reminded him of men suffering. Perhaps it was just him suffering, trying to find a way to the West. He eventually made his way through the reefs and probably landed in Port Charlotte Harbour. Or, perhaps, it was as far north as Tampa or Pensacola. As we all know, history is not an exact science.

Happy anniversary, Florida! We love you!