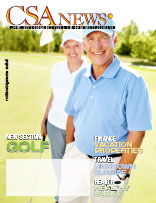 This is the year!

If ever there was a year to buy Early Bird Travel Insurance – this is it. Who could have predicted the massive collapse in oil and commodity prices? A barrel of oil, for instance, dropped from a high of $110 to a low of less than $50, and it is currently hovering at around $60. This huge drop has affected our governments’ coffers through reduced royalties and reduced tax revenues, with the supplementary effects of massive layoffs, increased employment insurance claims and the resulting simple fact that people have less money to buy things. Our GDP has stalled and international markets know that.

The natural result was that our dollar is now worth a lot less than it was. Canada is considered to have a “commodity” currency and its value tends to fluctuate with commodity prices. The value of our dollar has gone from parity with the U.S. dollar to about $0.80 as of today. This means that every U.S. dollar medical claim we have to pay now costs us $1.25!

The real question is, “Where will the dollar be next year when we are paying claims?” The answer is, “Nobody knows for sure, as Canada is still awaiting the real damage done by reduced commodity prices and reduced government revenues.” We are in a period of extreme volatility. Your insurance premiums have increased substantially since last year due to the dollar’s collapse and we are hoping beyond hope that the $0.80- 0.82 dollar value will hold. I have seen one estimate saying that it might fall to $0.68; if that happens, premium rates will increase again, a lot, and quickly. Some of the banks are saying that it will trade in a range between $0.78 and $0.82, but that is far from certain.

You should take advantage of Medipac’s Early Bird, right now, and use Medipac’s Double Guarantee to protect your upcoming winter trip.

There is, however, some great news as Medipac has recently taken on new insurance partners in the Reliable Life Insurance Company and the Old Republic Insurance Company of Canada. Out with the old and in with the new, as they say. We are very excited about our new relationships.